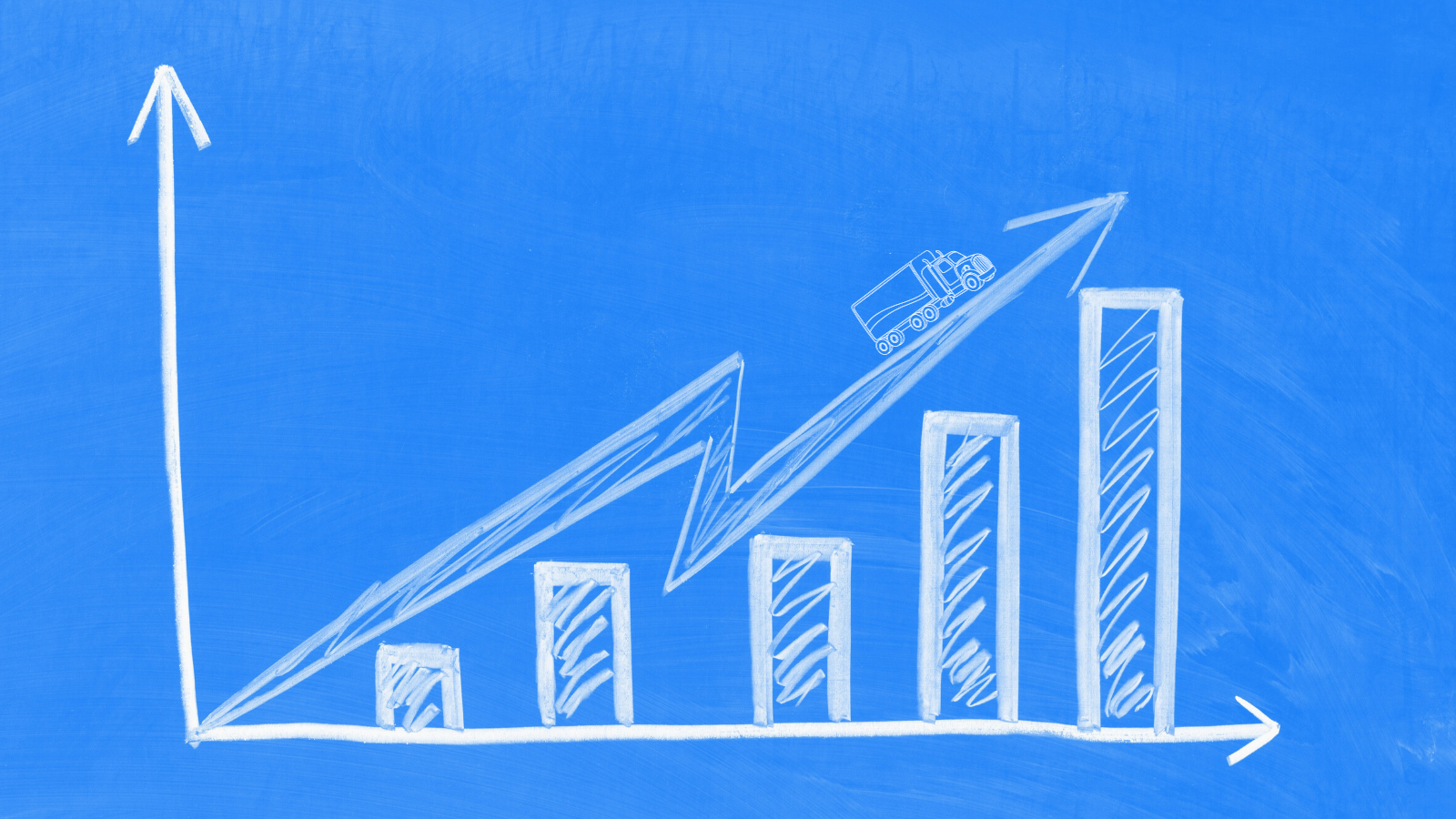 It was a busy year for the freight market in 2022, with many swings and surprises. Spot truckload freight prices varied widely, diesel fuel reached unprecedented prices, and spot truckload capacity availability went from very low to reaching pre-pandemic levels later in the year. The volatility in the freight market was driven by shifting consumer buying trends, inflation, and supply chain disruption.

2023 looks to be another disruptive year for trucking for all stakeholders. A comprehensive look back at Q4 of 2022 will provide forward predictions for the first quarter of 2023.

Economists' predictions for 2023 generally include a recession of varying levels, with some saying it could be minor and potentially beneficial for quickly reducing inflation and others proclaiming a disaster. The Federal Reserve Bank's tightening is currently working without taking us into a severe recession, but a slowdown is inevitable.

Consumer purchasing has been robust during high inflation, taking a big chunk of their budgets. However, credit utilization continues to rise at high percentages, and the savings rate has fallen. The situation is becoming critical, and it's unknown how to further the consumer situation will worsen.

Hiring rates have continued to show good numbers but are declining rapidly and will transition to losses and higher unemployment with recessionary pressure. Higher unemployment is a goal of the Fed to reach lower inflation targets for the middle to end of 2023. Employment numbers rapidly shift when they do, and the slowdown of the Great Resignation is proof positive.

Any shock to the labor market could be severe, and the dramatic slowing of new home construction, tech fallout, and slowing consumer spending will be tremendous contributors.

Manufacturing activity has been slowing, with product categories below prior levels.

Automotive production recovered from pandemic shortages of raw materials and semiconductors reflected in falling car values. Production peaked in October 2022 and will continue to decrease, with the higher interest rates taking a toll on big-ticket financed items. While inventories remain low, they are trending upward. Anyone that has watched Carvana stock drop 97% over the last year due to the correcting auto market has a sense of where it is heading.

The industrial production index is now down 0.2% and will likely see continued contraction through the first half of 2023.

Despite slowing production, backlogs and orders still exist to work through due to past COVID-19 supply chain disruptions. As a result, despite the backlog, general manufacturing will contract with the decline gaining speed in Q1 2023.

This ongoing contraction is confirmed by the Institute for Supply Management (ISM). The ISM's Manufacturing PMI shows contraction with a reading of 49.0 and new orders at 47.2. A PMI number below 50 means contraction for the measured month.

The current consumer savings rate is at its lowest since 2005 and continues to trend downward. Along with the dramatic savings rate reduction, credit usage has grown as consumers use far more funds to keep up with inflation. As a result, consumers will reduce spending as their credit balances increase, and they will see savings accounts emptied.

Despite the peak season, November saw retail sales drop 0.6%, and non-store retailers decline 0.9%. In addition, furniture fell by 2.6% in the same period, and electronics declined by 1.5%.

The Consumer Price Index (CPI) slowed to a 0.1% monthly rise, bringing the index to a 7.1% year-over-year increase. The decline in used car and truck prices (down 2.9%) and gasoline (down 2.0%) contributed to the CPI growth slowing. However, consumer staples continued to increase, with food up 0.5% and shelter rising 0.6%.

New home construction is a crucial component of the U.S. economy for generating employment and raw materials sales. New home permits are a reliable economic leading indicator, and they declined by 11.2% in December. That decline meant a year-over-year decrease of 22.4%, primarily due to rising mortgage interest rates and more expensive building materials.

Housing starts fell by 0.5% in November after a 2.1% drop in October. The most significant decline is in single-family starts, down 4.1% in November and 32.1% year-over-year. Leading U.S. regions in the November decline were the Midwest at -26.7% and the South at -6.6%.

Housing permits and starts are leading indicators, and a reliable economic gauge and expectations show them continuing through the coming months.

Trucking saw tremendous variability and changes throughout 2022 and will do so in 2023. Therefore, a strategy to tackle 2023 must be part of the logistics equation.

Outbound tender volumes fell in November by 11% for the truckload freight market, the most significant sequential drop since April 2022. However, they are now on par with levels last seen in September 2019.

Though tender rejections barely moved, spot prices for the truckload freight market increased after Thanksgiving but have dropped over 40% since January 2022, with a consensus among most professionals that they have reached their floor or are close to doing so.

On the rejection rates front, in mid-November, they fell below 4% for the first time since May 2020 though flatbed reject rates trended higher throughout the month, hitting 20%. The shift is primarily due to a lagging manufacturing sector, including automotive. Bookings remained high in Q4, and the Northwest proved to be the most volatile for rejections in the same quarter, shifting from the second lowest to second highest region.

In the spot truckload rates market, rates spiked out of the Portland and Seattle markets, with the average from Portland to Stockon, CA, increasing from $1.50 to $2.04/mi, a 36% increase between November 1st to December 5th–Christmas tree season.

Contract rates have continued to trend lower and are still well above spot prices by a margin much higher than historical averages. As a result, contract rates will likely continue to fall throughout Q1 2023 to come closer to spot rates. Forecasting 2023 contract pricing per mile is expected to peak in late January 2023, fall through late May and then spike again, creating a U-shaped pricing trend.

The spread, as mentioned earlier, between spot and contract rates was roughly $0.60 through November versus a historical average of $0.16, indicating downward pressure on contract rates. Despite an approximately 9% increase in spot rates, the holiday season did nothing to upset the downward trend that began in May.

The NTIL 12 is closing in on 2019 levels, which implies carriers are operating on razor-thin or negative margins. The trucking market is shifting to large carriers with more significant economies of scale, and the expectation is for many small fleets and owner-operators to go under.

A good picture of the large fleets' demand side experience is the Contract Load Accepted Volume (CLAV) Index which measures accepted load volumes only. The CLAV averaged 3-5% lower through the summer and fell rapidly in the fall to a year-over-year difference of 17% in November 2022. This drop means large fleets were feeling significant gaps in networks.

Diesel fuel pricing has been an ongoing issue, but the U.S. Energy Information Administration's (EIA) Short-Term Energy Outlook from December shows some slight relief. Lower global demand of 160,000 barrels per day (B/D) and increased U.S. output by 30,000 B/D results in a forecast retail diesel price that falls from $0.17 to $4.48/gal. The percentage decrease is 11% from the 2022 full-year average of $5.05/gal.

The less-than-truckload (LTL) industry continues to increase efficiency through technological adoption and consolidation. Whereas the truckload market comprises hundreds of thousands of carriers, 91% of LTL revenues are attributable to 25 carriers.

Market capacity in LTL needs to expand due to the capital-intensive nature of the mode. Capacity challenges include truck and labor challenges. Mergers, acquisitions, and bankruptcies have also been contributors. In addition, demand for LTL continues to grow in e-commerce.

With the decline in consumer spending, tonnage is estimated to have fallen 3% in 2022 and is forecasted to fall another 3% in 2023. The result of tonnage declines creates the possibility of a tonnage/volume and capacity balance in 2023.

General published LTL rate increases are around 5%, and continued pricing discipline is expected through 2023. However, the aggregate forecasts from analysts show a potential 2023 pricing decline with a range from -3% to 1% year over year, with reductions in some lanes and increases in others.

The easing of the intermodal volume suggests that the industrial economy is in a better condition than the consumer economy. Indicators for industrial health include the following:

Declines in import volume, especially at west coast ports, impacted domestic and international intermodal volumes that declined year-over-year. Furthermore, the looseness of the truckload market was another contributor to volumes.

Flat intermodal spot rates that began in September 2022 indicate that Class 1 rails and their domestic intermodal partners are not concerned about their abilities to secure capacity for contractual shippers. Most likely, this was due to an expectation of a lack of a fall volume surge that should carry through 2023. The lackluster peak season indicates a likely decline, excluding fuel surcharges, from the elevated 2022 levels.

The freight market has followed the disruption of the pandemic's ups and downs and the inflation explosion with its turmoil, and markets still have tremendous challenges ahead. Overall, rates are expected to fall, but there are headwinds, including the likelihood of small fleet and owner-operator failures and ongoing high fuel prices.

The economy displays all indicators of an ongoing retreat from growth and moving into a recession that will increase capacity and lower contract rates. Spot rates should be primarily stable after the dramatic 2022 decline.

LTL capacity expansion will remain constrained due to capital investment costs while demand grows, contributing to only a slight price decline or minor increase during an economic slowdown. E-commerce has been the most significant contributor to past LTL growth but continues to slow.

It will be a challenging year for freight companies and present some savings opportunities for savvy shippers that properly navigate the market to take advantage of any market volatility. Savvy shippers will work with freight brokers who will uncover opportunities in the freight market and help forecast any ongoing changes in 2023. Navigate the freight market with an edge. Reach out to Edge Logistics to see how we’re assisting shippers in navigating any market.