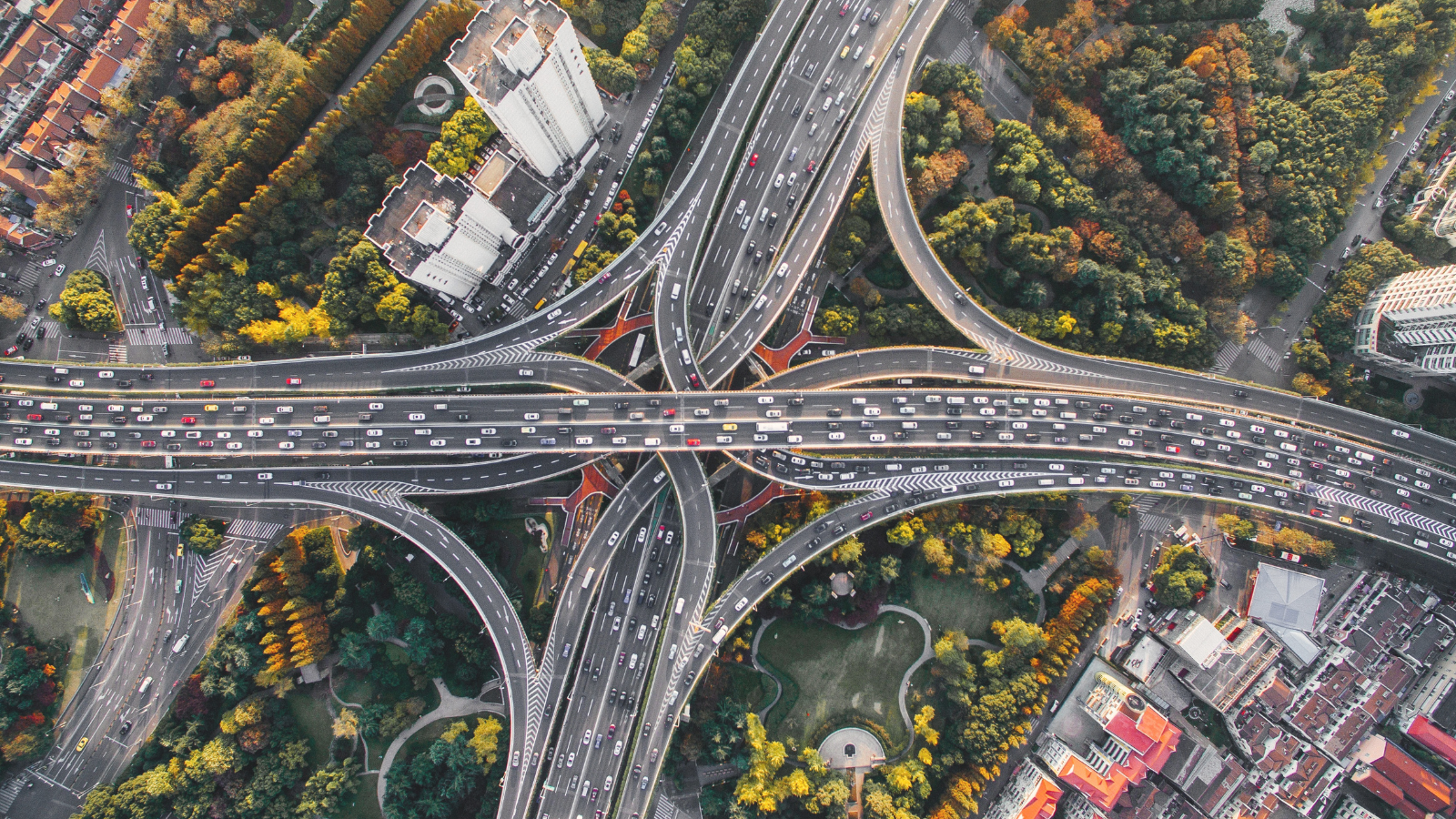 Everyone knows that freight has been through three brutal years where nothing could be planned. The pandemic, supply chain, fuel costs, labor constraints, port congestion, and lack of return loads were among the issues. It has been the most extreme freight market in recent history.

Markets are settling down, and supply chains have made some headway in working themselves out. While China still maintains the dubious zero COVID policy to protect the legitimacy of Xi Jinping, slowing its production, the rest of the world has moved on from the pandemic.

Q4 2022 is a time like no other for freight. The industry is coming out of a pandemic, and supply chains have improved, but consumer sentiment is still questionable. No one really knows how consumers will behave in Q4 2022, but we know that almost everything that disrupted freight over the last few years is slowly working toward a resolution, and forecasts for peak retail look strong.

This forecast is an opinion piece based on substantial economic and financial analysis and incorporates recent events. As of October 1st, 2022, it is safe to say the freight market will be bustling despite all of the doomsday reporting.

We are in a period unique in U.S. economic history. Despite gross domestic product (GDP) falling in the first two quarters of 2022, job growth numbers have been excellent, resulting in a 3.7% unemployment rate.

Usually, two consecutive quarters of GDP decline would be considered a recession. Still, for only the second time in post-World War II history, the National Bureau of Economic Research (NBER) did not proclaim a recession due to robust hiring and continued strong consumer outlays.

Third-quarter numbers are expected to be slightly positive and will be released on October 27th, 2022.

Despite economic uncertainty, consumer spending continues to be strong. Deloitte expects 2022 holiday retail sales to increase by 4% to 6% over 2021.

The Congressional Budget Office (CBO) predicts that consumer spending will continue to increase in its 2022-2026 economic outlook. This result is due to the rapid employment growth we've seen in 2022. Through 2026, the CBO predicts the unemployment rate will hover around 4%.

The Refinitiv U.S. Retail and Earnings and Revenue Growth Estimates for Q4 2022 show earnings up 36.6% and revenue increasing 8.9%.

Despite falling fuel prices and some other signs of easing inflation, consumer sentiment remains depressed year-over-year, only showing minor gains month-over-month. The University of Michigan Consumer Sentiment Index rose to 58.6 in September, up from August's 58.2. However, the September 2021 number was 72.8.

Central to consumer spending in Q4 is inflationary pressure on the U.S. consumer. Reducing inflation to the 2% target is expected to be a multi-year effort. The OECD Q4 expectation for the U.S. has inflation dropping to 5.7% from 8% at the start of the year.

Recession is a frequently heard word of late as the Fed Funds Rate continues to be increased and Wall Street declines, but the answers "if," "when," and "how much" can still be considered clear as mud. Generally, market sentiment expects a recession of some extent in Q1 2023.

It is possible for a fourth Federal Funds rate increase in mid-December, but expectations are for a less dramatic increase of .25%. However, the Fed has received criticism from some economists for potentially over-tightening.

Based on economic indicators, The Conference Board projects a short but mild recession starting at the end of 2022 or early 2023.

The Impact of Hurricane Ian

While Florida is reeling from the recent tragic impact of Hurricane Ian, disruptions will also be felt within the freight market in 2022 and could last throughout the entire 4th quarter.

Supply chains could see severe disruptions that last for weeks or months based on the tremendous devastation. The impact most expected will be stalling factory and farm production. Expect disruptions to major retail and e-commerce distribution centers and port arrivals.

While products leaving the state will be substantially reduced, the need for resources to support the recovery efforts could mean a shift of resources from major carriers, and hours of service restrictions (HSRs) have been lifted to get supplies to impacted areas. Removing HSRs will draw in freight operations that can quickly turn loads.

Because Tampa Bay was spared much damage as the hurricane made landfall south of its expected path, the port is mostly unaffected and should re-open soon. Reports confirm that most of Interstate 75 remain open.

The Georgia ports of Savannah and Brunswick are open as the storm did not land in Georgia.

Rebuilding impacted parts of central Florida could be a years-long task, and ongoing freight disruptions will result. Having a strategy in place for hauling needs will be essential.

Fuel is in short supply in Florida and the Port of Tampa, and short refinery closures are moving fuel prices slightly upward, which counters the slight price fall in the last few weeks of September. As of September 26th, the nationwide retail average settled at $4.889/gallon, down from $5.033 on September 12.

Still, prices are almost $1 lower than in mid-July, moving carriers away from the spot market to focus on long-term contracts. Mini bids could be prevalent through Q4 based on recent developments and the potential spot market returns due to Ian's impact.

Halloween accounts for an ever-growing amount of holiday spending and has freight movement implications. During the 2021 season, finding trucking capacity was a severe struggle for Illinois pumpkin growers, and it is looking to be bottlenecked again due to Ian.

While the dry van cost-per-mile has generally shown an upward trend, Q3 saw a decline, with August 2022 at just a little over $2.50 per mile.

The cost-per-mile trend line for reefer hauling has also shown a consistent upward trend but was lower in Q3, at $2.90 per mile.

The Outbound Tender Volume Index (OTVI) from SONAR showed a brief drop at the beginning of July but remained stable through August at 12,500 (17.5%).

On the rejection front, the Outbound Tender Rejection index (OTRI) dropped from slightly over 8,500 on July 1 to a little over 7,500 (slightly above 5%) by August. This rejection rate represents a 70% year-over-year decline from 20.8%, meaning capacity has substantially increased.

Volatility in both indexes (OTRI) and (OTVI)  has been very low, but could they become more volatile going into peak retail and some potential returns to the spot market due to the impacts of Ian.

In August 2022, the national dry van load to truck ratio came close to reaching August 2018 prices, with a 3.5 ratio. That's far below last year's ratio of over 6.

With mini-bid and RFP season soon upon us, accounting for recent market disruptions and having an appropriate 2023 strategy is mission critical. The ongoing economic uncertainties and disparity between employment numbers and GDP expectations coupled with hurricane Ian's impact make such a strategy difficult without the assistance of experienced brokers.

Reaching out to Edge Logistics to navigate a disruptive Q4 and prepare for 2023 is an excellent way for enterprise shippers to work through peak retail and strategize for next year.

2022 has no shortage of newsworthy developments in the freight market. A few that will have the most significant impact on Q4 include:

Despite higher August capacity, some recent unknowns have entered the picture and could disrupt the freight market in Q4. While parcel delivery capacity is expected to be high, the return to in-store shopping, recovery needs in Florida, seasonal needs out of Illinois, and clearing supply chains will make this an interesting peak retail season for long-haul freight.

There is potential for some increases in tender-to-volume and outbound tender rejection ratios and some volatility increases. Spot market growth might see slight expansion due to removing HSRs in Florida and the rush needs.

Now is the time to contact us to navigate Q4 and prepare for 2023.